Thank you! You are now subscribed!
Oops! Something went wrong. Let's try again. 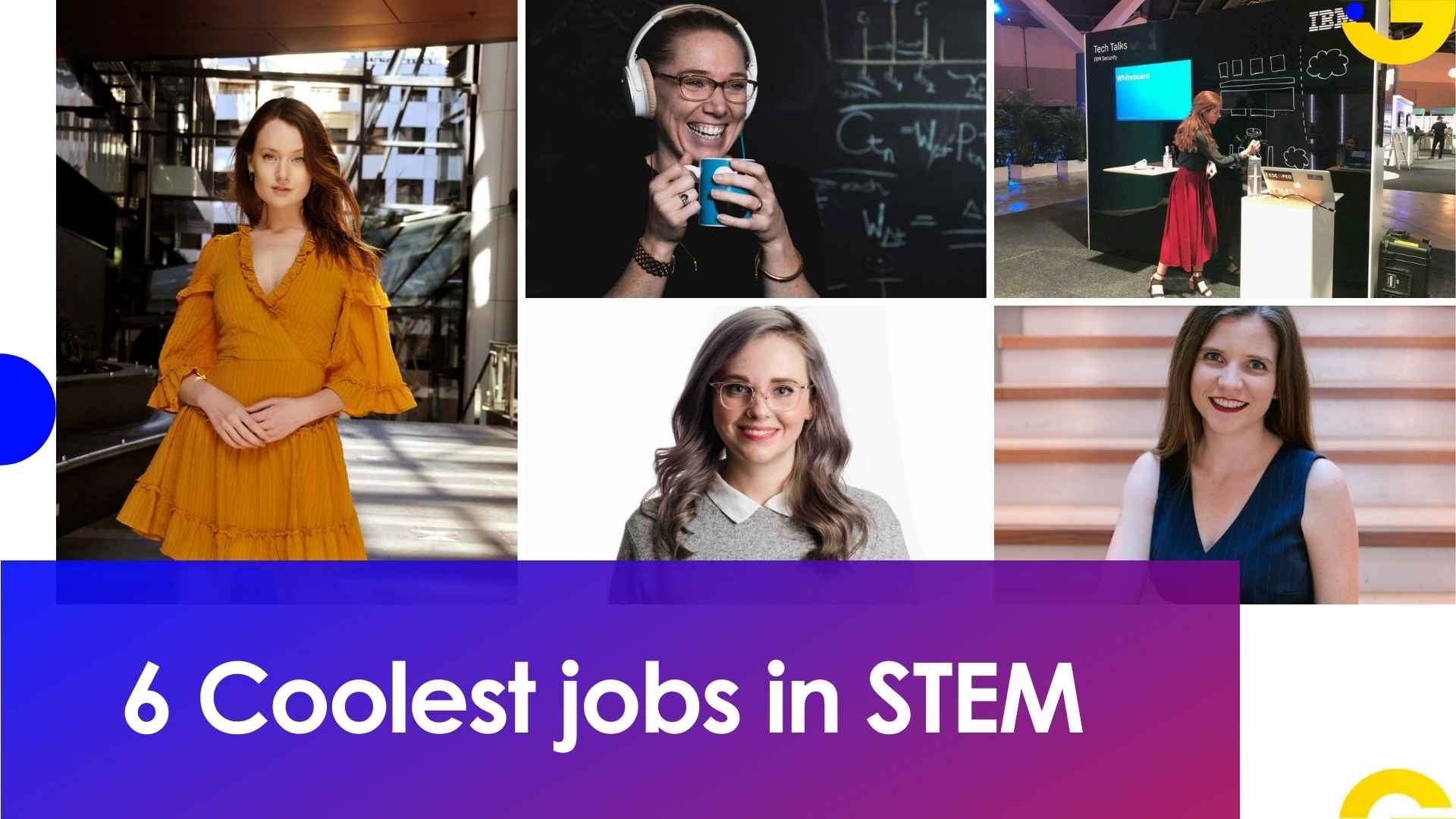 Six cool jobs in STEM (and how to study for them)

For all the buzz and importance teachers place on STEM, sometimes it’s hard to get beyond “try this if you’re good at maths, science or tech”. If you’ve been thinking about studying in one of the STEM fields after school but don’t really know what’s out there beyond the same old jobs you see on all the brochures, then this blog might help.

If you’re passionate about numbers, science or tech the good news is that there’s so much out there for you. To help you find your #dreamjob, we’ve highlighted some of the coolest jobs in STEM and spoken to real Aussies in the field. You’ll learn a bit about what they do, how they got there and their advice for young people.

Dr Craig Blount’s life practically lives in the ocean. On the weekend he surfs and during the week he manages coral and seagrass projects, fishery programs and researches shark and prawn behaviour.

The Cardno Senior Environmental Scientist is working on sustainable solutions to both conserve marine life and protect humans. Now a globally recognised shark expert, Craig used to be afraid of sharks, before realising they were simply misunderstood. He says they are inquisitive creatures and bite things to investigate – cases of mistaken identity that can obviously harm humans.

Recently he was working on a personal shark deterrent device that would sustainably protect surfers and sharks. He says without sharks the marine ecosystem might collapse.

Craig studied a bachelor of science with a focus on marine biology and zoology, started working with a government organisation, then studied his graduate diploma in industrial maths and computing before eventually completing a PhD in marine invertebrate ecology.

His advice for young people is to choose a profession you think you will love, not one someone else thinks you’ll be good at.

“It generally takes time to figure out what your passion is, but thankfully you don’t need to specialise at uni until the final years of your degree. Be patient and follow your gut,” Craig suggests.

“Work experience in the field you are aiming for is invaluable. Don’t shy away from volunteer work. Volunteering can get you exposure to some of the most interesting project work. Myself and many of the people I have worked with started off as volunteers and then were offered paid work down the track.”
‍

EJ Willard loves her job because it combines two of her passions: coding and music. On any given  day she might be translating the designer’s ideas into code, building a new feature or trying to squash a bug on the site.

“I love learning and having a job in coding means I am constantly learning,” says the Front End Web Developer at music tech company Jaxsta.

The Sydney-based coder studied law and criminology at university but realised after working in law that it wasn’t exciting or inspiring for her. So she quit and did a three-month coding bootcamp with General Assembly.

“We learned the basics of frontend and backend development,” she says. “I worked with languages and frameworks like HTML, CSS, Javascript, Ruby, React, node.js etc and two weeks after the bootcamp I landed my first role in tech as a Junior Web Developer.”

If you’re looking to get into coding, she recommends trialling it online – HTML or CSS – to see if you like it.

“If you’re enjoying it and you’re someone who likes problem solving I would suggest looking into a coding bootcamp,” she says. “Coding bootcamps are kind of the fast track to landing your first job in tech. They provide you with the practical skills (and the portfolio!) you need to really get started.

“When I was going for my first tech role I wasn’t the most experienced and I certainly didn’t know the most but I was the most willing to learn and the first to admit I didn’t know everything. That’s what really helped me stand out from the other juniors I was competing against.”

Working in STEM is often about breaking down and communicating complex ideas to the average person. That’s exactly what Brooke Jamieson does as Experience Lead at PlaceOS, a smart building technology platform.

“I talk to people to find the questions and talk to data to find the answers,” she says. “The absolute highlight of my job is the fact I get to think of creative solutions to difficult problems.”

Brooke calls herself a life-long learner and aims to be a “specialist generalist‘“, meaning she has good foundation knowledge and qualifications but also dives deep on topics that interest her. That can be anything from programming languages to researching things such as psychology, behavioural economics or the financial markets.

“I don’t really tie myself to specific job titles and instead I tie my goals to the work I enjoy doing (using data and design to creatively solve difficult problems) but also the people I enjoy working with (organisations where my skills and inputs are really valued and respected),” she says.

Brooke studied a bachelor of science at the University of Queensland with an extended major in mathematics. Her advice for high school students is to keep an open mind, pursue your passions and make the most of any opportunities. Brooke says she chased lots of different hobbies and pursuits – like highland dancing and being an international model – while studying and figuring herself out.

“Try things that you might not be good at and don’t give up just because they are difficult. Lots of software development and commercial analytics work is more about tenacity and perseverance than it is about being perfect at something on your first try, so embrace the joy of trying new hobbies and learning new things.”

Behind the scenes people like Dr Ruth Luscombe are deploying artificial intelligence to battle Australia’s wild bushfires. Along with her team of software engineers and data scientists, Ruth codes models and a platform for early wildfire detection and assessment.

“We connect to ground sensors and satellite data, do some analysis in real time to see if any smoke or fire is starting, then we provide digital maps and electronic notifications for subscribers to let them know about the fires,” she says.

“The early detection of fires is really important because it means that the firefighters can get to the fire faster and safer.”

Her advice is to choose subjects you find interesting and areas with good employment and future prospects.

“At university I started with engineering because I thought it would get me lots of job opportunities - but I changed degrees to IT because I liked it more,” she says.

Ruth completed a bachelor of IT, majoring in maths and computing. Later she studied for a PhD in mathematics. The term “data science” wasn’t around when she was studying but her skills were relevant for this new career.

“All of these tools and ideas will change. So you just have to keep learning as you go,” she says.
‍

Kate Reeds grew up a lifetime away from the ocean but now her life revolves around it. The Sydney-based marine and freshwater ecologist consults with big clients like INPEX, BHP Billiton, Quadrant Energy, Sydney Water and other big government departments. She helps them understand the environment in relation to coastal projects such as mining, port development, dredging, infrastructure, fisheries and habitats.

In the past decade she has monitored the Ex-HMAS Adelaide, a big ship sunk north of Sydney to create an artificial reef and dive site. It was her job to monitor marine life, sediment contamination and bioacculumation over seven years.

In the video you can check out what a day in Kate’s life is like. It follows her on a field trip characterising the existing environment for an infrastructure project.

“Follow a career path doing something you’re really passionate about and doors will open for you,” she says. “Don’t get too demoralised if you don’t walk straight into the career of your dreams - sometimes knock-backs happen for a reason and a better opportunity will open up.”

If you’re more interested in consultancy than academia, she suggests looking for graduate training programs to get your start.

“The great thing about any career in technology is that it is always changing,” says cyber-security engineer Holly Wright.

Holly works in cyber-security software design at IBM where she started as an intern five years ago and has worked her way up to a Product Owner.

“Usually I will be at my computer coding or designing but other times I will be meeting with customers and showing them what we have built,” she says.

“Sometimes I will even be locked in a room with my colleagues and a whiteboard, problem solving and brainstorming!”

Her favourite projects involve working with virtual reality and developing new technology  machine learning. At IBM she has colleagues all around the world – Canada, the US, Taiwan, Europe, Israel – so travelling is another perk of her job.

“It's so great to see the things you built being used by people all over the globe and getting to see new parts of the world is always exciting,” Holly says.

Holly studied a bachelor of engineering, majoring in mechatronics. She says there are so many paths into technology and cyber-security, and suggests a software engineering degree if you’re looking to follow in her footsteps

“I didn't follow the typical path and in some ways that was great because it meant I had a slightly different perspective and skillset to others in my team,” she says.

“If you know you want to work in cyber-security then a software engineering degree would be a great choice, but if you're not 100% certain what you want to do yet then I would recommend anything in engineering.

“I personally loved the mechatronics degree because it taught me a little bit about everything - I got to try mechanical, electric, software and robotics all in the one degree.

“That kept my pathways open and let me follow the avenue I was most passionate about.”

Drop us a line if you are interested in STEM jobs or meeting any of the professionals mentioned above. We are here to inspire the next generation of STEM leaders. 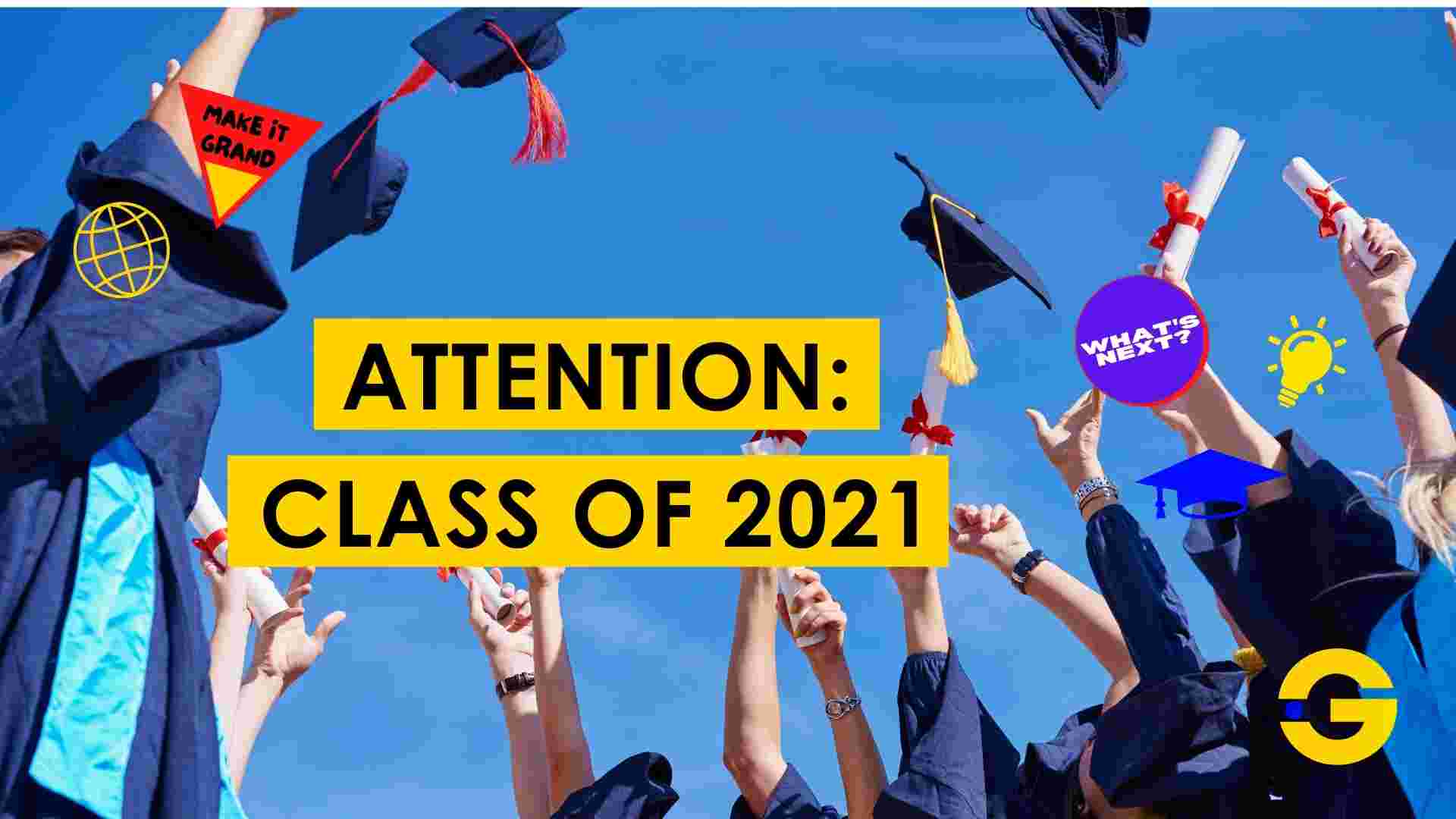 Advice for school leavers: as the world finds a new normal, here's what to do in 2022

Use your 2022 to find your feet, experience new things, uncover your passion and set goals for the future 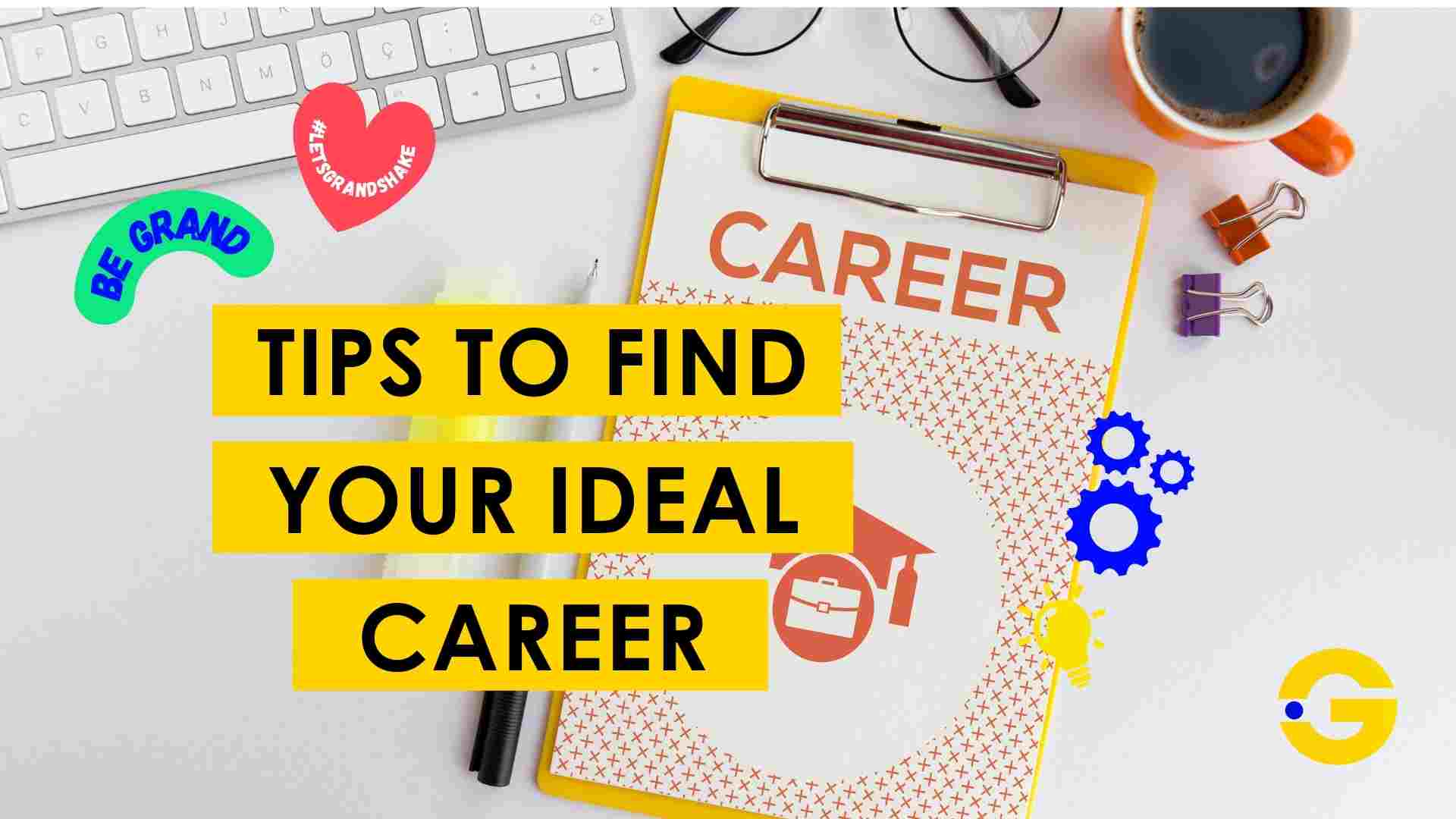 It takes time, energy and effort to find the career for you. Here are tips on how to find a job you love. 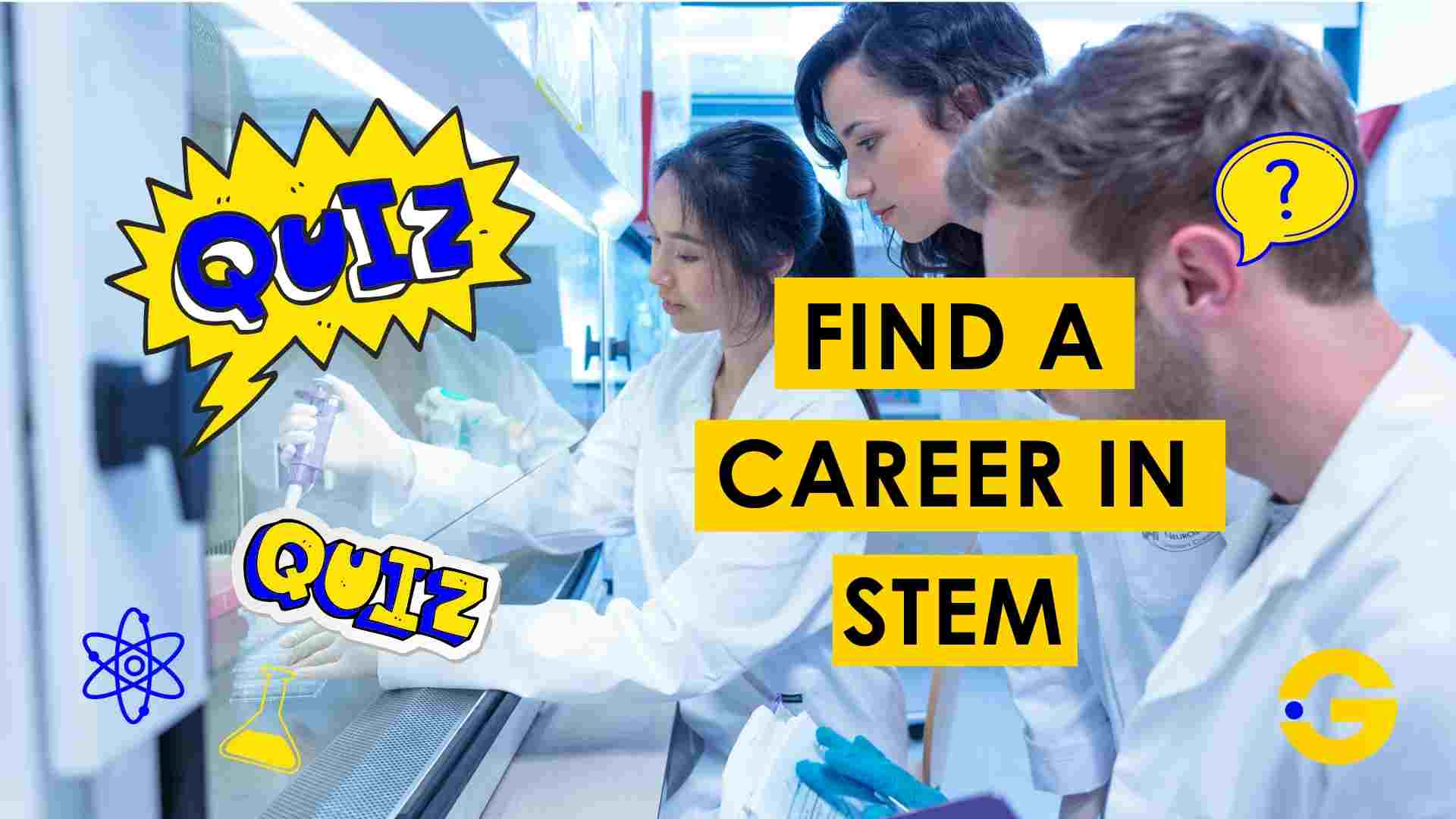 QUIZ: What type of STEM career is for you?

If you’re good at maths, science, IT, graphics and even art or music, take our STEM career quiz to find the job for you.